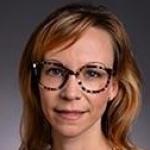 Carrie Maylor DiCanio is the managing shareholder of Anderson Kill's Denver office and a shareholder in the firm's New York office. Carrie is a member of the firm's insurance recovery, commercial litigation and COVID Task groups, and co-chair of Anderson Kill's Women's Network. Carrie was selected as one of forty nationwide winners, and the sole policyholder attorney, of the Business Insurance 2018 Break Out Award. The award recognizes the next generation of leaders in insurance. Also in 2018, Law360 named Carrie a Rising Star in Insurance. Benchmark Litigation has selected Carrie for inclusion in Benchmark's 40 & Under Hot List in 2018, 2019 and 2020. Carrie has recovered valuable insurance proceeds for corporate policyholders in litigation throughout the United States and advised clients extensively on pre-litigation insurance matters. Carrie has litigated and arbitrated claims involving a range of insurance policies, including representations and warranties, D&O, E&O, CGL, environmental, and property. Carrie's non-insurance litigation work focuses on antitrust and securities. Carrie contributed a chapter to the treatise Litigating Mass Tort Cases focusing on insurance coverage for the defense of mass tort claims such as those involving asbestos and environmental remediation. She has authored numerous amicus briefs for the non-profit United Policyholders, including assisting in the drafting of an amicus brief submitted in the landmark case of Bi-Economy Inc. v. Harleysville Ins. Co., 886 N.E.2d 127 (N.Y. 2008). In Bi-Economy, the New York Court of Appeals ruled that policyholders can recover consequential damages for an insurance company's breach of the covenant of good faith and fair dealing. Since 2015, Carrie has been recognized by Super Lawyers as a New York Metro Rising Star for Insurance Coverage.