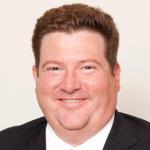 Mitchell Ladson is an attorney who has been working on behalf of Georgia plaintiffs since 2006. He is an attorney at Morgan & Morgan in Columbus, Georgia. He was born in Savannah, Georgia, and raised in southeast Georgia. He attended Emory University in Atlanta, Georgia for his undergraduate degree and graduated magna cum laude from Emory in 2002 with a B.A. in English. Mr. Ladson received his law degree from Tulane University in 2006. In the summer after his second year of law school, Mr. Ladson worked as a law clerk for the Honorable Anthony A. Alaimo, the Senior Judge of the United States District Court for the Southern District of Georgia, in Brunswick, Georgia. Mr. Ladson handles personal injury lawsuits in Muscogee County and across the state of Georgia, primarily focusing on cases where insurance companies have failed to honor their legal obligations to people injured by the negligence of individuals and corporations. In 2016, Mr. Ladson was honored to receive an AV Preeminent rating from Martindale-Hubbell, the leading national rating agency for attorneys across the United States. This rating indicates that Mr. Ladson's peers rank him at the highest level of professional excellence, for legal knowledge, communication skills, and ethical standards.