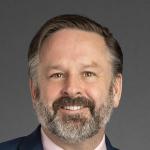 Brendan Krasinski has more than 15 years' experience representing corporations in complex litigation, from inception through trial, throughout the country. Brendan specializes in complex litigation involving personal injuries, claims of false advertising, and business disputes. He is frequently called on by clients for his experience in mass torts and class actions, as well as in commercial cases involving a variety of claims, including false advertising, product warranties, and related contracts. Brendan also has experience with direct defense of aging services facilities in lawsuits asserting professional liability, personal injury, negligence, elder abuse, wrongful death and other related claims. Brendan also advises his clients on advertising claims, product development, and risk mitigation strategies. He has represented companies from around the globe and across multiple industries, including pharmaceuticals, medical devices, food and beverage, construction, mining, chemicals, automobiles, consumer products and electronics. Brendan was selected as a Super Lawyer Rising Star in Mass Torts/ Class Actions in 2014 and 2015. Brendan enjoys giving back to the community by providing pro bono legal representation to those in need. Through his pro bono work, Brendan has: Helped a Catholic priest obtain asylum in the United States after he was repeatedly persecuted for speaking out against the government of the Democratic Republic of the Congo; Assisted several victims of human trafficking and immediate family members obtain visas to allow them to remain and work in the United States after agreeing to work with law enforcement to investigate and prosecute their traffickers; Prepared and filed an amicus brief in the 8th Circuit Court of Appeals on behalf of a national nonprofit that leads efforts to ban life without parole and other extreme sentences for children; Assisted numerous veterans apply to various military review boards to request an upgrade of their discharge statuses; and Helped numerous victims of domestic violence obtain protective orders against their abusers. Brendan has also volunteered his time as a lacrosse coach at his local middle and high schools, with various local service organizations including the Atlanta Community Food Bank and Hand on Atlanta, and has served on the boards of the West Point Society of Atlanta and his local homeowners association. After receiving his undergraduate degree from the United States Military Academy, Brendan went on to serve as an Infantry Officer in the United States Army. As an Officer, he served as a Rifle and Mortar Platoon Leader, Assistant Operations Officer, General's Aide, and a Platoon Trainer and Instructor at the United States Army's Ranger School. After leaving the Army, Brendan received his J.D. from the University of Georgia, where he was a member of the Moot Court team and the Order of the Coif.