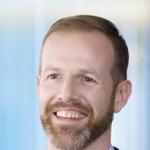 Dan Taylor is a trial lawyer with a broad range of experience in high-stakes, bet-the-company litigation matters. Dan’s practice runs the gamut and includes patents, insurance, contracts, products liability, taxation, oil and gas, and regulatory matters. In recent years, Dan has been a part of three different Bartlit Beck trial teams who achieved victories in trials with more than $100 million at stake. Dan conducted several critical direct and cross-examinations at those trials, and also handled key legal and evidentiary arguments. A client stated in a testimonial in the 2020 Legal 500 rankings that Dan "is an up and coming all-star, who consistently minimizes courtroom risk by winning on his papers." In addition to his trial work, Dan also has an active appellate practice. Dan started his career as a Bristow fellow in the United States Solicitor General’s Office, where he represented the interests of the government in the United States Supreme Court. Dan has briefed numerous appeals in state and federal appellate courts, and he has argued multiple appeals as well. Dan graduated summa cum laude from Georgetown University Law Center. He clerked for Judge Amul Thapar on the United States District Court for the Eastern District of Kentucky and for Judge Jeffrey Sutton on the United States Court of Appeals for the Sixth Circuit. Dan joined Bartlit Beck in 2013 following his Bristow fellowship, and he became a partner in 2017. summa cum laude