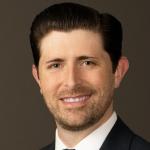 Stephen Gilson is a former federal prosecutor and in-house counsel for a large research university who now uses his broad litigation experience to represent individuals and corporations at every stage of criminal or civil proceedings. From internal inquiries to government investigations and litigation, all the way through trial, Stephen utilizes his unique insight into how the government conducts investigations and prosecutions to provide thorough, thoughtful, and vigorous representation. As a federal prosecutor, Stephen led numerous government investigations and prosecutions of criminal matters. He managed investigative teams of agents from various agencies, including the Federal Bureau of Investigation and the Department of Homeland Security. Stephen routinely appeared before the District Court for hearings at each stage of the criminal proceedings and he served as lead counsel in multiple trials, both jury and non-jury. As in-house legal counsel at a large "R1" research university, Stephen managed legal teams in successfully defending the university in civil suits in both state and federal court (including multiple dismissals before trial). He also represented the University in investigations conducted by state and federal agencies, including the U.S. Department of Education and the U.S. Department of Energy, all of which resulted in no findings against the university. Stephen served as lead counsel to the university in matters pertaining to discrimination, including investigations under Title IX, Title VI, Title VII, and the Americans with Disabilities Act. Prior to his government service and in-house experience, Stephen was in private practice at a large firm in Washington, D.C. In that role, Stephen defended individuals and corporations in civil and criminal proceedings, with a focus on highly regulated industries, including healthcare and telecom. In his time at the firm, Stephen successfully defended a C-suite corporate client under federal investigation for healthcare fraud, resulting in prosecutors dropping the case entirely and declining to bring an indictment. He also assisted in the successful representation of a nationwide telecom provider in inquiries related to a corporate merger and resulting antitrust concerns. Stephen has utilized his expertise in federal investigations and litigation to design and teach three law school courses on the subject. He has also lectured on a wide range of issues, including Title IX, Title VII, and LGBTQI rights. Stephen is a cum laude graduate of the University of Michigan Law School, where he won multiple awards for his moot court advocacy, including a National Championship at the Navy JAG Moot Court Competition. Stephen also served as Managing Editor of the Michigan Journal of Environmental and Administrative Law. Stephen is licensed to practice law in New York, Pennsylvania, and the U.S. District Court for the Western District of Pennsylvania. *Pending approval of application for admission to D.C. Bar. Practice supervised by D.C. Bar members pursuant to D.C. Court of Appeals Rule 49(c)(8).