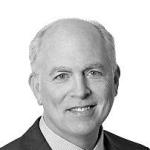 Dallas, Texas
Described as “one of the most sought after trial lawyers in the country” by the publishers of The American Lawyer, “a celebrated storyteller” by the founder of The American Lawyer, and as a “game changing ringer” by another national legal publication, Tom is a trial lawyer and managing partner of Winston’s Dallas office. He has remarkably broad and extensive jury trial experience. He has tried civil cases involving patents, antitrust, securities fraud, product liability, breach of fiduciary duty, and energy. He has tried criminal cases involving health care fraud, bank fraud, public corruption, and kidnapping. Tom is also the author of a widely acclaimed book on trying cases before a jury, On the Jury Trial. Tom Melsheimer tries lawsuits in state and federal courts, emphasizing intellectual property, business torts, mass torts, and False Claims Act (FCA) litigation. His trial experience is unusually broad and extensive. On the civil side, he has tried to verdict cases involving patent infringement, trade secrets, insider trading, antitrust, breach of fiduciary duty, fraud, product liability, and FCA violations. On the criminal side, he has tried to verdict cases involving bank fraud, public corruption, copyright infringement, aggravated sexual assault, and kidnapping. Tom’s jury trials include successfully representing plaintiffs and defendants all over the country and throughout Texas. Tom was lead trial counsel for billionaire entrepreneur Mark Cuban in the widely publicized insider trading case brought by the U.S. Securities and Exchange Commission (SEC). The jury cleared Mr. Cuban of any wrongdoing following a three-week trial in Dallas federal court. Tom has represented Mr. Cuban, the Dallas Mavericks, and other Cuban business interests since 2000. Tom has extensive experience representing clients in products liability cases. He successfully defended a health care company sued by over 12,000 plaintiffs in state and federal multi-district litigation involving bet the company allegations that the client’s medical device was responsible for thousands of deaths and serious injuries. The first bellwether case ended in a complete defense verdict after a high-profile jury trial, leading to thebulk of the cases settling thereafter. In addition, Tom represented a multi-level marketing company selling health and beauty products in a class action involving allegations of violations of California UCL laws. Tom and co-counsel from the Texas Attorney General’s office helped the state secure the largest Medicaid fraud settlement in Texas history. The $158 million settlement reached during trial followed claims of illegal marketing practices associated with the prescription drug Risperdal®. His work in the case was featured in a 15-part series authored by acclaimed legal journalist Steven Brill and published by the Huffington Post in 2015. Tom’s $178 million jury trial win on behalf of the plaintiff in IRCC v. NL Industries, et al., included nearly $150 million in punitive damages. The jury award in the breach of fiduciary duty case was named one of the Top Verdicts of 2009 by The National Law Journal (NLJ), in addition to being recognized as one of the year’s three largest verdicts in Texas and the year’s largest verdict in Dallas County. On four other occasions, Tom’s cases have been recognized by the NLJ among the nation’s top cases, including the defense of a qui tam action involving a government contract where his clients defeated a claim of fraudulent overpayment and won their affirmative claim that they had been underpaid. After a seven week jury trial in 2019, Tom successfully obtained the only acquittal in a 21 defendant federal health care fraud case involving allegations of $40 million in bribes and kickbacks. The so-called Forest Park case was the largest health care fraud investigation ever undertaken by federal authorities in Texas. In 2022, Melsheimer represented a former Fortune 500 CEO in a first of its kind criminal antitrust case alleging horizontal market allocation in the labor market. After an 8 day trial in federal court in Colorado, the jury acquitted Melsheimer’s client on all counts. Prior to joining private practice, Tom served as a federal prosecutor in Dallas. He successfully prosecuted the largest bank fraud case ever undertaken in Texas, involving more than $200 million in fraud, and he obtained one of the largest RICO verdicts in Texas history. The Justice Department honored Tom as one of the nation’s top prosecutors.