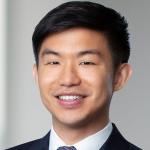 Eric focuses his practice on patent litigation and other complex intellectual property disputes, including trade secret disputes, in federal courts, and before the U.S. International Trade Commission (ITC). He has represented multinational clients in matters involving a broad range of technologies, including biotechnology, software, consumer electronics, semiconductor devices, light-emitting diodes, fiber optic equipment, medical devices, carburetors, food science, packaging, and integrated circuits. Eric has extensive experience in all stages of litigation, including pre-suit investigation, pleadings, discovery, fact and expert depositions, motion practice, summary judgment, jury and bench trials, and post-trial briefing. Eric’s practice has also extended beyond litigation. He has significant experience preparing and prosecuting utility and design patent applications. He has also counseled clients and conducted substantial due diligence on potential acquisitions, licenses, and technology transfers. Eric received his J.D. cum laude from Fordham University School of Law and his B.S. in biological sciences with honors (specialization: molecular and cell biology) from Stanford University. While attending Fordham, he was a member of the Fordham Law Review, externed at the Civil Division of the United States Attorney’s Office for the Southern District of New York, and interned for former Chief Judge Jennifer B. Coffman of the United States District Court for the Eastern District of Kentucky. While and prior to attending Stanford, Eric worked in infectious diseases and cancer biology laboratories and was published in a peer-reviewed scientific journal. Eric is a member of the National Asian Pacific American Bar Association and Asian American Bar Association of New York and has spoken on or moderated panels regarding various topics, including the representation of Asian entities in U.S. litigations, design patents, and entrepreneurship. He is proficient in Mandarin Chinese and has been an invited speaker regarding certain patent issues at academic institutions in the U.S. and Asia.