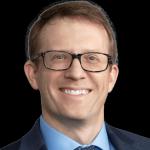 Chris West focuses his Intellectual Property practice on all services relating to patents including portfolio analysis, patentability and infringement opinions. He has also prepared and prosecuted patent applications before the US Patent and Trademark Office (USPTO). His clients are small to large multinational companies in both the private and public sectors and include institutions such as universities. Chris's background in medicinal chemistry provides a deep understanding of the challenges associated with producing and patenting pharmaceuticals. In addition to working in the industry, he also has several years of experience with litigation, opinion writing and FTP evaluation. Chris has carefully considered the issues involved with patents including how to make them strong enough to stand up to challenges after issuance. Consequently, he not only helps clients get patents but advises them on how to do so in ways that will stand up to any subsequent validity disputes. Before joining Katten, Chris spent 15 years working in the pharmaceutical industry as a medicinal chemist. Chris had made significant contributions to oncology, immunology, cardiovascular, epilepsy and pain-focused projects while working on a variety of molecular targets. Chris has been published numerous times in scientific journals and is a named co-inventor on several pharmaceutical patents and patent applications.