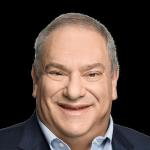 Redwood City, California
Specializes in extraordinarily complex, competitor-to-competitor litigation that often plays out on an international stage. Deeply steeped in issues unique to standards essential patents, including portfolio-level valuations, damages for individual SEPs, licensing rules, and the strategic interplay arising from simultaneous litigations and arbitrations occurring on a global basis. Has handled more than 100 cases across technology fields, including serving as lead counsel in dozens of semiconductor and software patent cases. About David As a trial lawyer, David represents multibillion-dollar national and international corporations, including top international telecommunications companies and major semiconductor component companies. David, who worked as a software developer at a startup before attending law school, also represents private companies with innovative software. He has helped these companies enforce their own IP innovations in the competitive product marketplace while also protecting them from IP suits that could derail the company's strategic plans. During his nearly 30-year career as a highly-skilled litigator, David is distinguished for the client partnerships he builds—some spanning more than two decades. Most of his notable cases are competitor-to-competitor cases dealing with litigation that has substantial, sometimes bet-the-company, consequences. For example: In a five-year battle in which David's electronics company client faced five patents in the U.S. ITC and thirteen patents in district court, David successfully tried the ITC case to a non-infringement determination and then obtained summary judgment in district court, leaving only his client's counterclaims for trial. For a major automotive component supplier, he successfully asserted three turbocharger components patents—obtaining a $32.5 million settlement from the competitor on the eve of trial, despite the competitor having insisted for years it would prove the patents invalid and the case would never see trial. For an innovative private software company, David successfully obtained a non-infringement judgment when the company was sued in its infancy by a large multinational corporation, permitting the private company to continue its growth plans. Over the following decade, David successfully enforced the company's own patents against three different competitors, helping to secure the company's marketplace position. David is also deeply involved in standard-essential patents (SEP) and fair, reasonable and nondiscriminatory (FRAND) matters in both litigation and arbitration contexts. He understands the nuances of this developing law and can help both U.S. and international companies—licensor or licensee—make astute choices from a legal and business perspective. David served as the firm's nationwide head of litigation from 2001–2006, during a time when the group doubled in size. He also served on the firm's management committee from 2002–2004 and on its compensation committee from 2012–2018.