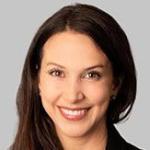 Natalie Adams is an experienced trial lawyer whose work focuses on Government Enforcement Defense & Investigations. Having worked for nearly a decade as a federal prosecutor, she is able to provide informed and practical counsel to her clients on complex criminal matters, civil litigation, and internal investigations. As an Assistant United States Attorney, Natalie tried numerous cases including complex, multi-defendant racketeering (RICO) cases. In 2016, Natalie received the Attorney General’s Distinguished Service Award, the second highest award bestowed by the Department of Justice, for her work in a six-defendant RICO, in which all defendants were convicted following a three-month trial. In 2022, she received the Investigation of the Year Award from the Bureau of Alcohol, Tobacco, Firearms, and Explosives, for her work prosecuting a broad and violent white supremacist network. While at the United States Attorney’s Office, Natalie spent three years in the Asset Forfeiture Division, recovering illicit proceeds through criminal and civil litigation. While serving in that capacity, she also spoke to and advised law enforcement officers and financial institutions, regarding the detection and recovery of criminal proceeds and facilitating property. Her experience on this issue enables her to assist clients in responding to asset seizures, restitution obligations, and forfeiture orders. Natalie also has experience investigating allegations of sexual assault and misconduct, and evaluating institutional compliance in preventing, reporting, and responding to such behavior. In 2011, she received the John H. Pickering Award for Outstanding Pro Bono Service, for her representation before the United States Congress of former Peace Corps Volunteers and sexual assault survivors. Their Congressional testimony resulted in the passage of a law that improved the Peace Corps’ sexual assault prevention and response policies.