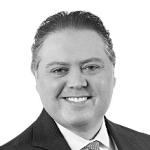 Dallas, Texas
Described as an “impact player” by Texas Lawyer and “simply excellent” by The Legal 500, John Sanders is a trial lawyer, whose national practice focuses on complex business litigation and class actions. His litigation achievements include plaintiff-side wins for millions of dollars and multiple defense wins rejecting claims for billions of dollars. Along with his jury trial practice, John has extensive experience representing clients in arbitration proceedings, including those administered by the American Arbitration Association and JAMS. John Sanders is a founding partner of the Dallas office of Winston & Strawn LLP. John’s litigation experience is broad. He has managed cases involving partnership disputes, theft of intellectual property and trade secrets, breaches of contract and fiduciary duties, business torts, non-compete and non-solicitation agreements, unfair competition, corporate espionage, whistleblowing, and securities fraud. Additionally, he has extensive experience defending companies in class-action litigation and regularly handles class claims involving allegations of RICO and securities violations. John’s experience defending and advising direct-selling organizations is particularly deep. He has been retained by nearly half of all direct-selling companies that have faced class-action pyramid scheme litigation in the last several years and has successfully defeated multiple claims filed against direct-selling companies. In fact, Texas Lawyer recently recognized John as a “Trailblazer” for his work defending direct-selling businesses facing bet-the-company class actions. John’s work for direct-selling businesses also goes beyond litigation defense. He is often called in to advise direct-selling organizations on regulatory compliance issues. He has assisted multiple direct selling organizations facing publicity crises and helped those organizations to craft persuasive and creative responses. He also regularly advises direct selling companies undergoing government investigations, including those brought by the FTC. John is also frequently asked to speak about strategies for litigating cases involving theft of trade secrets and the enforcement of non-competition agreements. He regularly prosecutes cases on behalf of employers involving the theft of trade secrets and breaches of non-compete agreements. He has successfully obtained injunctive relief for employers on numerous occasions in such cases. John was ranked in Chambers USA in 2022 for general commercial litigation. He has been selected as a Super Lawyer in Texas for both 2019 and 2020. Prior to that, John was named a “Rising Star” in Business Litigation by Super Lawyers four-years-in-a-row. He has also been selected for inclusion in Benchmark Litigation’s “Under 40 Hot List” for the last four years, and has been recognized as a “Next Generation Lawyer” in dispute resolution by the Legal 500 in 2018 and 2019. In 2018, John was also one of about a dozen lawyers in Texas selected by Texas Lawyer to receive its Professional Excellence “On the Rise” award. John received his JD, with highest honors, from the University of Texas at Austin School of Law in 2007, where he was an associate editor of the Texas Law Review, member of Order of the Coif, designated a Chancellor for graduating among the top four students in his class of 500, and received seven Dean’s Achievement Awards for achieving the highest grade in the class on various subjects. John was also selected to serve as a law clerk for then Chief Judge John M. Walker, Jr. of the U.S. Court of Appeals for the Second Circuit in New York before he began his private law practice.