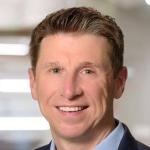 Portland, Oregon
Rich Meneghello is probably plotting something as you're reading this. As the first Chief Content Officer in the firm's history, Rich focuses much of his time ensuring that all the material posted to the firm's website is timely, insightful, and of practical use by employers. By working hand in hand with firm leadership and our practice groups and industry teams, he ensures that Fisher Phillips meets the needs of our clients each and every day by publishing over 500 legal insights each year. He loves to write new material – he has developed hundreds of pieces on his own and frequently collaborates with firm members to write others – but he enjoys polishing the work of the firm's wide collection of talented writers even more. And his favorite part of the job is training FP attorneys on fine-tuning and strengthening their writing skills through formal development programs and informal mentoring. When he's not writing something, he's busy building, launching, and supporting some of the firm's latest and most innovational practice groups and industry teams. In the past two years alone, he has played a crucial role in the launch of the firm's COVID-19 Taskforce, the Vaccine Subcommittee, the Cryptocurrency and Blockchain Taskforce, the Sports Industry Team, and the Workforce Shortage Taskforce. Rich also contributes to the firm's Business Development efforts in other ways. He has led the firm's Inside Counsel Conferences since day one, organizing one of the nation's premier gatherings of in-house lawyers seeking to improve their organizational value and develop cutting-edge insight into the state of today's workplace law. He's become recognized as one of the country's foremost authorities on the gig economy, having been quoted on the subject in The New York Times, U.S. News, Bloomberg, The Los Angeles Times, Wired, Yahoo! Finance, New York Magazine, Employment Law 360, National Law Journal, SHRM.org, and Law.com, and appeared on National Public Radio to discuss the topic. And he has been a leader on the firm's Development Committee since 2015, a group that operates as a think tank and sounding board for new and creative initiatives to ensure the firm stays at the forefront of workplace law. If you're curious now and want to read some of Rich's stuff, some of his favorite (and most popular) publications include his "Magic 8-Ball" prediction for incoming Supreme Court justices, his annual May 4 blog posts on whether the government would classify Star Wars characters as independent contractors or employees, and his Die Hard survival guide to office holiday parties (which received the Law360 Distinguished Legal Writing Award from The Burton Awards). Before Rich transitioned into the content world, he was an accomplished litigator. The highlight of his 25-year career was winning a unanimous decision before the U.S. Supreme Court in the case of Albertsons v. Kirkingburg, an Americans with Disabilities Act (ADA) case. He won cases for clients at the Ninth Circuit Court of Appeals, the Oregon Supreme Court, and the Oregon Court of Appeals; he also won trial victories in both state and federal courts. He also runs the popular twitter account @pdxLaborLawyer, where he not only shares his own writing but also provides regular updates on a variety of workplace law topics. He worked as the Regional Managing Partner of the Portland office from 2009 to 2013. When he's not at his desk, Rich can be found on soccer fields across the Portland metro region, either playing (poorly) or working as a USSF-certified Regional Referee. Professional Activities Has served on Associated Oregon Industries' (AOI) Labor and Employment Practice Steering Committee since 2008. Served on Oregon State Bar Labor and Employment Law Executive Committee from 2008 to 2011. Elected to serve on Oregon State Bar's Board of Bar Examiners, 2006 to 2009; also served as a Special Prosecutor for the Board from 2015 to 2017. Testified before the Oregon State Legislature on impact of disability discrimination laws on employers, 2006. Elected Chairperson of the Oregon State Bar Disability Law Executive Committee in 2001 and served on that committee from 1998 to 2003. Community Activities Currently serves as legal advisor to Greater Portland Soccer District's Board of Directors (2009 to present) VP of Student Involvement, Greater Portland Syracuse University Alumni Club (2015 to present) St. John Fisher School Advisory Committee (2010 to 2013) Past Co-Chair of St. John Fisher School Parent-Teacher Club (2008 to 2010) Mock trial organizer and coach: Madison High School (1999 to 2000), St. John Fisher School (2015)