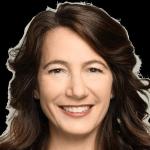 Redwood City, California
Lisa Greenwald-Swire helps companies of all sizes to develop, protect, and maintain their trademark portfolios, both within the U.S. and around the world. Her practice focuses on prosecution and counseling, including brand strategy, strategic portfolio development, and licensing. Throughout her career, she has overseen the diligence on billion-dollar acquisitions, represented trademark holders in hundreds of TTAB matters, managed thousands of global trademarks, and helped innovative start-ups develop their portfolio strategies. A leader within the firm, Lisa serves as the head of the Silicon Valley office trademark and copyright practice group and an elected member of the firm's management committee. Lisa has extensive experience handling global enforcement programs and opposition and cancellation proceedings before the Trademark Trial and Appeal Board (TTAB). She has managed numerous trademark and copyright infringement matters in U.S. district courts, including against large, well-known opponents such as Nintendo of America, Turner Entertainment, and Monster Energy. Lisa has also worked on over 300 TTAB cases with an impressive record of success, and she has successfully resolved numerous domain name disputes under the Uniform Domain-Name Dispute-Resolution Policy (UDRP). In addition, Ms. Greenwald-Swire advises clients on issues related to advertising claim substantiation, false advertising, social media strategy, rebranding, and licensing agreements. Lisa has served as an experienced counselor in numerous major transactions, including her oversight of the diligence behind the 2021 acquisition of a $10 billion semiconductor company. She also manages thousands of trademarks globally for companies ranging from start-up ventures to multi-billion-dollar multinationals. Lisa was named one of the Top 250 Women in IP and an IP Star by Managing Intellectual Property and a Top 20 Under 40 Attorney by the Daily Journal (2013). She has also been recognized in the World Trademark Review 1000 for California Trademark Prosecution and Strategy since its inaugural issue in 2011. Previously, she clerked for the Honorable David O. Carter of the U.S. District Court for the Central District of California (1999-2000). She also clerked for Judge John E. Munter of the city and county of San Francisco superior court (1997), was a legal assistant at the office of the corporation counsel in the civil division (1993, 1995-1996), and was a reader and assistant to Judge David Tatel of the U.S. District Court of Appeals for the D.C. Circuit (1995). Lisa writes extensively on current trademark issues. She also teaches a course on trademark strategy and trends at the University of California, Santa Barbara.