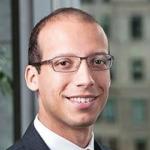 Brian Bombassaro advises on legal and policy matters encompassing international trade, investment, and finance. In 2020, Mr. Bombassaro returned to Arnold & Porter after serving as International Trade Counsel to the United States Senate Committee on Finance. Mr. Bombassaro is fluent in Spanish and Portuguese, and he practices in each language. He is a Member of the Bretton Woods Committee and a Term Member of the Council on Foreign Relations. In his international trade practice, Mr. Bombassaro advises on international trade laws and agreements. From 2017 to 2019, he advised the Chairman of the US Senate Finance Committee on legal and political aspects of international trade issues, including US-China trade relations, tariffs imposed under national security laws, and trade agreement negotiations. In private practice, his clients have included a financial services provider, a global technology business, and metals manufacturers. Previously, he interned with the Office of the US Trade Representative (USTR) and US International Trade Commission (USITC). In his international investment practice, Mr. Bombassaro serves as counsel to sovereign governments and private investors in matters of foreign investment law and dispute resolution. His practice in this area centers on advocacy in arbitration proceedings under investment treaties, often before the World Bank's International Centre for Settlement of Investment Disputes (ICSID). In his finance practice, Mr. Bombassaro advises sovereign borrowers as well as creditors to sovereign governments on the negotiation, implementation, enforcement, and restructuring of financial agreements, including capital markets instruments (registered and under Rule 144A/Regulation S), credit agreements, and financial services contracts. Mr. Bombassaro graduated from Yale Law School, where he served on the Yale Law Journal and was awarded the William T. Ketcham, Jr. Prize. At the Harvard Kennedy School, he earned a Master in Public Policy (International Trade & Finance), and he holds BSBA and BA degrees from the University of Florida. Mr. Bombassaro lectures annually at Yale Law School and Georgetown Law School on international law topics.