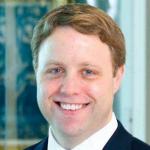 Individuals and companies in the financial services industry rely on Ryan to resolve class actions and other complex commercial disputes. Ryan Ethridge is counsel with Alston & Bird's Litigation & Trial Practice Group. He focuses his national practice on complex commercial litigation with an emphasis on the defense of class actions in the financial services industry. While representing banks, lenders, loan servicers, and other companies in a variety of industries, Ryan has prosecuted and defended claims involving breach of contract, consumer fraud, unfair and deceptive trade practices, RICO and antitrust violations, predatory lending and usury, negligent loan servicing, wrongful foreclosure, and alleged violations of various state and federal laws and regulations, including TILA, RESPA, FCRA, FDCPA, and HUD/FHA. Ryan received his J.D. with highest honors from the University of North Carolina School of Law, where he was awarded entry into the Order of the Coif, served as a comments editor on the North Carolina Law Review, and received the Thornton H. Brooks Memorial Scholarship for Law Review Excellence. After earning his law degree, Ryan served on the North Carolina Business Court as law clerk to the Honorable Albert Diaz, who is currently on the Fourth Circuit Court of Appeals. A resident of Raleigh, Ryan is a member of the North Carolina State Bar and is admitted to practice in North Carolina's state and federal courts, as well as the Fourth Circuit.