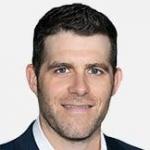 Nick Kennedy helps clients avoid or win disputes related to international law, class actions, antitrust law, trade secrets, California Proposition 65 and general commercial issues. He focuses primarily on the consumer products and retail, software and technology, and manufacturing, infrastructure and energy industries. In addition to domestic litigation, Nick regularly represents clients in international arbitration and actions for enforcement of foreign arbitration awards and judgments. He has litigated throughout the United States and has arbitrated cases around the world involving the rules of most major arbitral institutions, including the ICC, ICDR, ICSID, UNCITRAL, JAMS, SCC, AAA, and LCIA. He has acted on behalf of investors against states in investor-state disputes under ICSID, UNCITRAL, LCIA, and SCC Arbitration Rules and in related enforcement proceedings. Nick graduated from Harvard University and the UCLA School of Law, where he was a member of the UCLA Law Review and was awarded Order of the Coif. He also externed for the US Court of Appeals for the Ninth Circuit. He maintains an active pro bono practice that has included serving as first chair in a trial to restore mental health benefits for a developmentally delayed toddler and contributing to an amicus brief at the US Supreme Court in a seminal marriage equality case. Nick regularly writes and speaks on class actions, international law, and cross border issues including protection of the attorney/client privilege. He serves as the North American editor of Baker McKenzie’s Global Arbitration News blog. Nick is admitted in Texas and California. He has acted for clients disputes related to more than 25 different countries. Nick’s international arbitration practice encompasses both investor-state and commercial disputes, including playing a key role at multiple merits hearings. He also has significant experience enforcing arbitration awards and judgments through multi-jurisdictional asset freezes and coordinated steps to identify and seize assets in the US and abroad. Domestically, Nick defends against and helps his clients avoid consumer class actions, antitrust actions, and claims under California Proposition 65. In addition to general commercial litigation, he has extensive trade secret and non-compete experience for both plaintiffs and defendants. Nick also has experience with intellectual property disputes, including patents, copyrights, and trademarks. Beyond litigating, Nick counsels clients on avoiding antitrust arising from standards essential patents intellectual property licensing practices. He also helps his clients to implement programs to mitigate the risk of consumer claims through class action waivers, limitations of liability and other tools. He routinely provides compliance and dispute resolution advice to companies in California facing or seeking to avoid claims under California Proposition 65’s detailed statutory warning requirements.