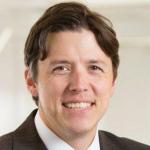 Clients welcome Scott's strategic approach to corporate transactions, venture investments, and technology and logistics transactions. He assists companies in the technology, payments, and industrial sectors, among others, as they embark on mergers and acquisitions, investments, supply chain agreements, licensing, and other commercial arrangements to strengthen their companies. Scott Kitchens is a partner in Alston & Bird's Corporate & Business Transactions Group. He focuses his practice on mergers and acquisitions, joint ventures, equity investments, and complex commercial transactions. He has extensive experience leading transactions in the payments, technology, manufacturing, and distribution industries, especially in the acquisition or sale of privately held targets and divisions of public companies. Additionally, Scott is noted for his pragmatic and cross-functional approach, especially on deals involving complex tax, regulatory, or environmental issues. Scott received his J.D. in 2007 from Vanderbilt University, where he served as an editor of the Vanderbilt Journal of Transnational Law, received the Chancellor's Law Scholarship, and served as president of the Law School Honor Council. He earned his undergraduate degree in finance, summa cum laude, from the University of Mississippi, where he was awarded the Taylor Medal. Scott is an avid outdoorsman and cyclist and is on the board of directors of the Path Foundation, a non-profit focused on developing multiuse trails in Atlanta and the southeastern United States. Scott is listed in The Best Lawyers in America© in the areas of Mergers & Acquisitions and Technology.