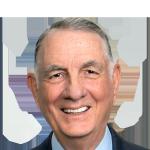 Austin, Texas
Tommy Jacks is of counsel to the Austin office of Fish & Richardson P.C. His practice emphasizes a broad range of general commercial and IP litigation. Tommy has over 49 years of experience in litigation on a wide range of complex commercial, trade secrets, qui tam, class action, professional liability, pharmaceutical, medical device, fiduciary duty, construction, antitrust, securities, environmental, product liability, aviation, and general business litigation. He has also served as an arbitrator in complex commercial disputes. He has been named as Texas Trial Lawyer of the year by the Texas Chapters of the American Board of Trial Advocates and based on the recently announced 2021 publication, has been listed in Best Lawyers in America for 28 consecutive years and in Texas Super Lawyers every year since its inception. Tommy is active in professional activities. He is a fellow of the American College of Trial Lawyers and the International Academy of Trial Lawyers. Tommy has served on the Texas Supreme Court's rules advisory committee and on Texas Supreme Court task forces on the jury system and on judicial selection. He has served on multiple magistrate merit selection committees and on the local rules revision committee for the U.S. District Court for the Western District of Texas. Tommy has also been active throughout his career in pro bono and public interest pursuits. Early in his career, he spent two years working as a litigator with the Public Citizen Litigation Group in Washington, D.C., handling cases in U.S. district and appellate courts. In 1974, Tommy argued before the U.S. Supreme Court one of the first cases he had filed while at Public Citizen. He has served as president and a member of the board of directors of the Legal Aid Society of Central Texas. He was instrumental in founding "Austin Lawyers Care," a program that later evolved into Volunteer Legal Services ("VLS"), administered by the Austin Bar Association. He still handles pro bono litigation matters for VLS on a regular basis. Tommy also assisted in the launching of Texas Appleseed, a highly-regarded public interest organization that represents the interests of underrepresented, minority, and low-income individuals in courts and before the Texas Legislature, and still serves as a member of the Texas Appleseed board of directors. Tommy has authored several journal articles in such publications as the Texas Law Review, Texas Trial Lawyers Forum, and Trial. His publications have won awards from the Ford Foundation and the Texas Bar Foundation. He is invited frequently to speak at legal seminars for the State Bar of Texas and at numerous law schools. Tommy is married to Laura Jacks, who is also an attorney, and has three children and two grandchildren.