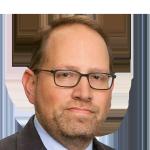 Austin, Texas
Extensive experience in the United States District Court for the Western District of Texas and comprehensive knowledge of the court's recently increased role in patent filings. Cost-effectively manages matters from inception through trial and beyond on behalf of both patent holders and parties accused of patent infringement in district court, the International Trade Commission, and the Patent Trial and Appeal Board. Helped change Texas polling laws to broaden interpreter options for registered voters with limited English proficiency. About David David's hardworking, budget-aware approach to the law helps him build long-term relationships with clients who trust him to make decisions not only about litigation, but also about whether to settle or take an entirely different path. His practice emphasizes patent litigation, inter partes review (IPR) proceedings, commercial and civil litigation, patent prosecution, intellectual property counseling, and patent portfolio management. He has a highly successful record in regular appearances before many tribunals, including: U.S. district courts, with extensive familiarity with the Western District of Texas U.S. International Trade Commission (ITC), with considerable high-stakes patent litigation experience Patent Trial and Appeal Board (PTAB), where he has appeared in more than 60 IPRs In addition to his expertise in patent opinions, David has helped clients pursue patent rights in well over 100 patent applications in a wide variety of electrical and mechanical disciplines, including semiconductor technology, memory, software, and wireless communications. In recent months, he has emerged as a go-to authority in the Western District of Texas. Since 2018, that court has quickly transformed into a highly active venue for patent infringement litigation. David has read nearly every order issued by the court and has a deep understanding of its procedures on claim construction hearings, motions for transfer of venue, and other proceedings, as well as comprehensive knowledge of the nuances surrounding jury trials in one of the hottest venues for patent cases. Background David's technical background includes working as a configuration engineer and production supervisor for Applied Materials, Inc. (2000-2003), where he performed configuration reviews on complex electromechanical semiconductor wafer fabrication equipment and was responsible for the supervision, training, and certification of 34 final test technicians. He was also a system analyst for Ford Motor Company (1995). Before practicing law, David served in the U.S. Army as an infantry platoon leader (1998-2000) and company executive officer (1999). He then continued that service in the Texas National Guard as a platoon leader (2000-2002).