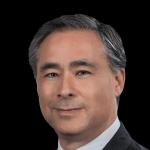 New York City, New York
John T. Johnson is a principal in the New York and Southern California offices of Fish & Richardson P.C. His practice focuses on utility patent, design patent, trademark, and copyright litigation. Mr. Johnson has tried patent cases before both judges and juries, as well as having argued Markman hearings in various U.S. district courts, including the Eastern District of Texas, the Southern District of New York, the Southern District of California, the District of Maryland, and the Western District of Texas. For the past twenty years, he has been involved in over a hundred IP disputes in U.S. courts at the trial and appellate level and, more recently, in IPRs before the Patent Trial and Appeal Board. He has represented clients in diverse industries, including automotive, banking, business methods, cellular standards, computer, electrical equipment, flatware, furniture, gaming, pharmaceutical, semiconductor, software, and telematics. In addition, he has experience litigating patent and trademark disputes outside of the U.S., in both Europe and Asia. Mr. Johnson also represents clients in connection with pre-litigation counseling, IP licensing and portfolio management, and strategic due diligence. He is an active participant in bar association activities and formerly served as a member of the board of directors of the American Intellectual Property Law Association (AIPLA), from 2006-2009. He currently is a member of the AIPLA's amicus committee and was elected as an AIPLA fellow in 2015.