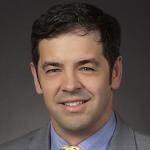 Christopher Hannan concentrates his practice in admiralty and maritime law. Mr. Hannan has significant experience, including first and second chair trial experience, in a variety of areas involving insurance defense and personal injury claims, both inland and offshore marine concerns, as well as the onshore and offshore energy industries. As a litigator, he has handled a diverse array of personal injury and insurance defense matters involving both maritime and state law issues, and has significant experience concerning all aspects of admiralty and maritime law, including Jones Act/LHWCA/OCSLA/maritime/offshore worker personal injury claims, allision and collision matters, shipowner's limitation of liability, marine insurance (coverage issues, claims against brokers, defense of assureds, etc.), vessel arrest and attachment, maritime liens and preferred ship mortgages, cargo claims, the Oil Pollution Act and related issues. Mr. Hannan was also seconded for two months as a claims handler with a Lloyd's of London insurance syndicate and a fixed premium protection and indemnity (P&I) insurer, during which he handled numerous claims involving all aspects of vessel and general marine operations. Mr. Hannan also has extensive experience providing contract and regulatory advices for maritime and offshore industry clients, with a focus on indemnity, insurance, and additional insured issues, as well as representation in maritime commercial disputes, including maritime lien issues and anti-indemnity act concerns. Given the focus of his practice in the area of admiralty and maritime law, Mr. Hannan is the blogmaster for Baker Donelson's maritime blog Striding the Quarterdeck. He was recently appointed as associate editor for the Port of New Orleans by the managing editors of American Maritime Cases (AMC). AMC is a prestigious publication and its associate editors have traditionally been "senior" prominent admiralty attorneys from around the country. Mr. Hannan steps into the shoes of his late mentor Jimmy Roussel, who had helmed the Fifth Circuit associate editor position for more than twenty years. Mr. Hannan is GIAC certified in Law of Data Security and Investigations (GLEG). Prior to joining Baker Donelson, Mr. Hannan served as a judicial clerk in 2008 for the Honorable Carl J. Barbier, United States District Court, Eastern District of Louisiana. Mr. Hannan is also a published poet whose work has appeared in numerous journals and magazines. He was selected as the runner-up in the 2010 Faulkner-Wisdom Poetry Contest for his poem "Epithalamion," and was selected as the Grand Prize Winner in the 2011 Tennessee Williams Festival Poetry Contest for his five-part poem The Nephilim. Most recently, his first booklength selection of poems, Alluvial Cities, was published by Texas Review Press in July 2015 after its selection as winner of the 2014 Southern Breakthrough Prize for best unpublished manuscript.