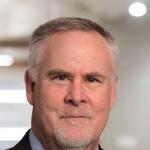 Columbus, Ohio
Bob Robenalt is a member of the firm's COVID-19 Taskforce, a cross-disciplinary team of attorneys dedicated to advising employers on the many workplace law aspects of the global coronavirus pandemic. Bob Robenalt is a partner in the firm's Columbus, Ohio office. He has practiced labor and employment law for over 25 years, and his practice is multifaceted. Bob has represented national and Ohio companies in a variety of labor and employment issues. His practice is focused on advising employers on all aspects of employment law, including employee discipline, and compliance issues in various Federal and Ohio employment laws and regulations, including ADA, FMLA, and OSHA. Bob also actively represents employers in court and administrative trials and proceedings. His defense efforts have ranged from defense of clients in lawsuits and claims involving non-competition and trade secret matters, wrongful discharge and discrimination claims, workers' compensation and OSHA matters, and Employee Retirement Income Security Act (ERISA). Bob has successfully served as first chair in a number of jury and bench trials in both Federal and State Courts. He has also argued on appeals before Ohio and Federal appellate courts and has appeared in significant cases before the Supreme Court of Ohio and the 4th and 6th District Courts of Appeals. He is also admitted to the Supreme Court of the United States. Bob's litigation experience includes favorable results in both state and federal jurisdictions, including: Although Bob enjoys the litigation process, he also strives to be a true partner to his clients by providing counsel before a lawsuit is filed. He works with Executives, Human Resources, and managing groups to avoid litigation through training, education, and implementing effective policy. Bob has also published numerous articles on employer related topics and gives presentations on labor and employment matters. Bob is a long time AV rated attorney by Martindale-Hubbell and has been listed in Ohio Super Lawyers in 2013, 2014, 2016 and 2017. He has been selected by his peers several years running to be included in Best Lawyers in America, including 2016, 2017, 2018, 2019 and 2020. He is a previous Chairman of the Columbus Bar Association Labor & Employment and Workers' Compensation committees and is an active member of the Ohio Chamber of Commerce and The Ohio Manufacturers' Association. He has also been active in the Ohio State Bar Association's Labor & Employment and Workers' Compensation committees. Bob lives in Upper Arlington with his wife and children. He is an active member of the greater Columbus community, currently serving as the Vice President of Southside Community Ministries Food Pantry and previously served as President of St. Agatha Catholic Church Parish Council. He is a passionate supporter of other charities, including Christine's Christmas, an event benefitting Nationwide's Children's Hospital Burn Unit and Make-A-Wish foundation. Bob can often be seen playing music at various fundraisers as a member of The Klatt Brothers Band.