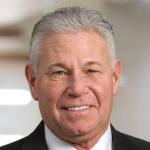 Cleveland, Ohio
Steve Nobil is the managing partner of the firm's Cleveland office. He devotes his entire practice to representing public and private sector employers in the manufacturing, retail, logistics, higher education, sports, municipalities, healthcare and service industries in all areas of traditional labor law. He has an outstanding success record in countering union organizing attempts and he has served as chief negotiator for employers in hundreds of collective bargaining agreements involving bargaining units of five to over 10,000 employees. He also has extensive experience representing unionized employers in strikes, arbitrations, contract administration, mergers, acquisitions and downsizing, plant closures and relocations, reductions in force, independent contractors and joint employer issues and related litigation. Many of the collective bargaining agreements Steve has negotiated were pattern-setting non-economic and economic labor agreements in which labor costs were significantly reduced and productivity was enhanced. He also lectures extensively on developments in labor and employment law and their implications for employers and in developing policies, strategies, and procedures for preventing employment claims and lawsuits from arising. Steve is "AV" Peer Review Rated by Martindale-Hubbell. He has been listed in Chambers USA, America's Leading Lawyers for Business, since 2004 and has been included in The Best Lawyers in America for labor and employment law since 1993. He has continuously been selected as a Leading Labor and Employment Attorney by Inside Business Magazine and selected for inclusion in Ohio Super Lawyers for labor and employment. Community Activities Steve sits on the boards of Baldwin Wallace University and Big Brothers and Big Sisters, and is a member of The BlueCoats. He was a President of the Big Brothers organization and he was on the Boards of the Diabetes Association of Greater Cleveland (DAGC), The American Heart Association, Cleveland Grand Prix, Red Cross, Greater Cleveland Roundtable, Cuyahoga Community College, Business Advisory Council, and the Barrington Golf Club.