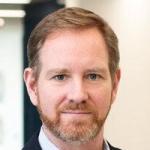 Boston, Massachusetts
David's practice is focused on trademark, copyright, and media litigation. Over the course of the past two decades, he has represented prominent clients in significant trademark litigations and trials, including companies like New Balance, Samsung, Citizens Bank and Dell/EMC. In addition, he has represented some of the most prominent media and technology companies like The New York Times, The Boston Globe, Microsoft, Cablevision and Houghton Mifflin Harcourt in significant media and intellectual property matters of first impression. David brings creativity and determination to all of the matters he handles, whether they involve issues that are novel and complex or more traditional. He has tried matters to both juries and judges, and prepares every one of his cases with the assumption that the matter will be tried to verdict. That attention to preparation often leads to positive results before trial in favorable settlements or rulings on motions to dismiss or on summary judgment, which saves clients time and expense. Throughout his career, David has been involved in some of the most widely followed cases in the area of trademark, copyright, and media law. For example, David: Represented New Balance at trial in the International Trade Commission in the successful defense of trade dress claims brought by Nike/Converse. That case was cited by IP Law360 as the top trademark ruling of 2016; Served as Aereo's lead trial counsel in the successful defense in the district court (874 F. Supp.2d 373 (S.D.N.Y. 2012)) and lead appellate counsel in the successful appeal at the Second Circuit (712 F.3d 676 (2d Cir. 2013)). The case was ultimately decided by the Supreme Court on an issue of first impression in 2015; Represented Cablevision at the district court in Cartoon Network LLP v. CSC Holdings, Inc. (478 F. Supp. 2d 607 (S.D.N.Y. 2007)), and was instrumental in developing the arguments that ultimately succeeded at the Second Circuit, which clarified copyright law on issues of both reproduction and public performance (536 F.3d 121 (2d Cir. 2008). Served as lead trial counsel for Triumph Learning in the successful defense of trademark claims in Coach Services, Inc. v. Triumph Learning LLC (96 U.S.P.Q.2d 1600 (T.T.A.B. 2010)), and successfully defended that verdict before the Federal Circuit (668 F.3d 1356 (Fed. Cir. 2012)) in a decision that established a new standard for "fame" in trademark dilution cases. Served as lead trial counsel for the New York Times and The Boston Globe in Gatehouse v. The New York Times, a case of first impression that involved both copyright and trademark claims, which settled favorably just prior to trial. Served as lead trial counsel in successful defense of his client Recorded Books against trademark and copyright claims in Brilliance Audio v. Haights Cross Communications, which established new law with respect to the first sale doctrine, and successfully defended that result before the Sixth Circuit (474 F.3d 365 (6th Cir. 2007)). As a senior associate, served as a member of the trial and appellate team in Lorillard v. Reilly, a case that was ultimately decided in the client's favor at the United States Supreme Court (533 U.S. 525 (2001)), in one of the leading First Amendment commercial speech decisions in recent jurisprudence. In 2013, The Hollywood Reporter included David in its annual Power 100 edition, highlighting the most influential media attorneys in the country, and naming his team's defense of Aereo, Inc. against claims brought by the country's major television broadcasters at the trial court and before the Second Circuit as the "Case of the Year." He has been recognized as a leading practitioner in The American Lawyer, The World Trademark Review 1000, and The Legal 500, among other legal publications. He also writes extensively about the law, and has lectured at Harvard Law School's Berkman Center and Boston College Law School.