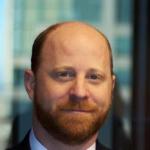 Clients say they appreciate the keen understanding I have of the law and issues I work on. With my experience comes great efficiency. As a litigator, I have two modes I can operate in. My preferred mode is to be cordial with opposing counsel and governmental entities and to approach matters with finesse. At the end of the day you're dealing with people on the other side, and if you go in with guns blazing they won't respond well. In short, I'm a diplomat unless it becomes clear that I shouldn't be. In those instances, I can take an adversarial, hard-charging tone with the other party. I think this combination makes for an effective lawyer. With a litigation practice focused on property, Marshall Hevron handles expropriation/eminent domain cases for major utility and energy companies. Marshall counsels clients through every phase of the expropriation process, including the appraisal and negotiation processes. He enjoys the rapid pace and satisfying resolutions of eminent domain work. Unlike most litigation, which can often go on for years, these matters have relatively short life spans and definitive endings, as well as clear purposes, such as bringing reliable electricity to a certain area. Because of his many years of advising on these matters, he rarely finds an issue he hasn't encountered previously. Due to his significant experience with eminent domain law, Marshall frequently conducts continuing legal education seminars on the topic. Stepping back and thinking about how to explain a case to an audience that's not expert in the subject often gives Marshall a clearer perspective on bringing about the resolution of a case or a property law issue. Marshall also has an active real estate practice where he litigates property rights and helps resolve disputes between neighboring landowners. These challenging cases frequently involve neighbors and, similar to divorces, can get emotional and personal. These real estate cases generate complicated questions which Marshall untangles with his deep knowledge of the Louisiana Civil Code. Marshall's real estate practice has involved significant appellate work and some of his cases now serve as precedent in Louisiana. In addition, Marshall handles land use and planning matters before the City of New Orleans. Because policies continue to evolve in the post-Hurricane Katrina era, Marshall carefully monitors and keeps abreast of changes so he can continually update his clients. In addition to his real estate work, Marshall also assists charter schools in negotiating charter agreements with state and local authorizers, advises them on issues before the Louisiana Board of Ethics, and advocates for them in litigation with labor unions and the National Labor Relations Board. He also helps charter schools with other legal issues such as land acquisition, charter expansion and compliance with federal regulations. Marshall served in the U.S. Marine Corps Reserve from 1998-2004. Marshall's unit was mobilized in 2003 and deployed to Iraq. Marshall was awarded the Combat Action Ribbon, the Presidential Unit Citation, and the Iraq Campaign medal. He was honorably discharged as a sergeant. After he came home from the war, Marshall joined his local Veterans of Foreign Wars ("VFW") post. The once proud organization had been in decline for decades and was facing closure. Marshall and a small group of Iraq and Afghanistan veterans led the revival of the post and it now counts 200 veterans in its membership. The VFW now assists returning veterans by providing housing for wounded vets, assistance with VA claims and employment assistance. In the community, Marshall serves as the President of the Board of the Preservation Resource Center of New Orleans, and he is a Trustee of the New Orleans Museum of Art. He's also a member of the Young Benefactors Committee at the National World War II Museum, the New Orleans Tricentennial Commission and the New Orleans Board of City Trusts.