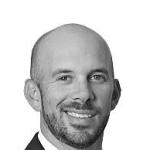 Dallas, Texas
Scott is an accomplished trial lawyer with substantial experience in commercial litigation, securities litigation, and white-collar criminal cases in federal and state courts in Texas, New York, and California. His jury trial successes include the lone acquittal in a healthcare fraud case with 21 defendants and one of the nation's top verdicts, as recognized by the National Law Journal. Scott Thomas is a trial lawyer with a broad litigation practice focusing on complex business litigation, securities litigation, and white-collar criminal trials and investigations. He has obtained favorable results for clients such as Mark Cuban, Sabre Corporation, the Dallas Mavericks, 2929 Entertainment, and many others in litigation in federal and state courts in Texas, New York, and California. Scott has represented technology, financial service, and entertainment companies, as well as individuals, in areas such as securities, fiduciary duty, fraud, minority shareholder claims, trade secret, insurance disputes, breach of contract, and criminal investigations and trials. For the past several years, Scott has represented billionaire entrepreneur Mark Cuban and several of his companies in high-stakes litigation. One such example is representing Mr. Cuban in a civil insider trading suit brought by the Securities and Exchange Commission. After a three-week trial in federal court in Dallas, Mr. Cuban was cleared of all claims and any wrongdoing. In 2021, Scott served as trial counsel to seven school children who challenged the Texas Governor's executive order banning mask requirements in Texas schools. After a bench trial that was held just seven weeks after the case was filed, the Court ruled in the school children's favor holding that the executive order violated the Americans with Disabilities Act and permanently enjoining the enforcement of the Governor's executive order. In 2019, Scott was trial counsel to Dr. William "Nick" Nicholson IV in a healthcare fraud case in federal court in Dallas. After a 7-week trial of 9 defendants, Dr. Nicholson was the only defendant acquitted of all charges. Scott represents both plaintiffs and defendants and has obtained favorable results for his clients, including a verdict for one of three individual minority shareholders of over $178 million in 2009, which was recognized as one of the nation's top verdicts according to the National Law Journal. Recently, he has obtained summary judgments in favor of his clients as plaintiffs in significant indemnification leading to settlements right before trial. Scott has also represented privately and publicly held companies in securities and contractual disputes. These matters include cases brought by shareholders against officers and directors of a publicly held company for matters such as stock option backdating, insurance disputes, rogue employees and executives, and disputes over contracts related to intellectual property.