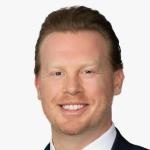 Carl J. Fleming is a transactional lawyer whose principal areas of practice are renewable energy and private equity. He leads transactions throughout the US and worldwide for a number of the renewable industry’s leading developers, global private equity funds and Fortune 500 companies. He provides legal, commercial and strategic advice on the development, purchase and sale and financing of renewable energy projects in wind, solar, energy storage, electric vehicles and other low carbon solutions. A partner in our Washington, DC office, he also advises on a number of energy and climate change policy issues. Carl’s work and thought leadership are often featured in leading publications such as The Wall Street Journal, Power Finance and Risk, The National Law Review, The Global Legal Chronicle and The Washington Lawyer. He is also frequently interviewed for his market insights by global media outlets such as Reuters and Forbes. Carl is recognized as a “Next Generation Partner,” “Rising Star,” “Super Lawyer” and one of the “Top Rated Energy & Natural Resources, M&A and International Attorneys in Washington, DC.” Carl is currently an appointee to the Biden administration’s Renewable Energy and Energy Efficiency Advisory Committee (REEEAC) where he advises the Secretary of Commerce on wind, solar, battery storage, electric vehicles and other low carbon solutions. Prior to his current appointment, Carl was a REEEAC appointee under both the Obama and Trump administrations. Prior to joining McDermott, Carl served the United States as an advisor to the White House on energy and infrastructure under the Obama administration while he was with the Millennium Challenge Corporation (MCC). Carl is a frequent speaker and prominent author. He speaks throughout the US and internationally on topics such as renewable energy, public policy and cross-border transactions. He has written, or contributed to the writing of, several books or chapters on topics such as power purchase agreements, construction, equipment procurement and service contractd and battery storage. He has lectured at Harvard University, the Georgetown University Law Center, the University of Pennsylvania, and American University.