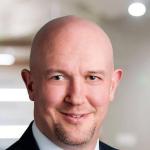 Atlanta, Georgia
Employers represented by Josh Viau consider him a valuable resource for avoiding disputes as well as a tireless advocate when disputes arise. Josh has spent his entire legal career advising employers on day to day human resource and labor relations issues with a focus on avoiding problems before they turn into emergency situations such as a government agency audit, EEOC charge, litigation, an unfair labor practice charge, or a union organizing campaign or election petition. This includes advising employers on day to day issues arising under state and federal statutes including Title VII, the Family and Medical Leave Act (FMLA), the Americans with Disabilities Act (ADA), the Age Discrimination in Employment Act (ADEA), the Fair Labor Standards Act (FLSA) and the National Labor Relations Act (NLRA). As part of a preventive approach to his labor relations practice, Josh regularly advises clients on union avoidance and proactive employee relations plans. He also counsels and defends many agricultural employers in connection with the FLSA, the Migrant and Seasonal Agricultural Worker Protection Act (MSPA), the H-2A temporary foreign agricultural worker program, and other federal and state employment and discrimination laws. Despite best efforts, conflict in the workplace is often inevitable, and Josh has represented employers all over the country in employment-related litigation in state and federal courts and administrative proceedings in government tribunals. His experience includes successfully defending employers from allegations of discrimination, retaliation, wrongful discharge, wage and hour violations, and employment related contractual disputes. For example, he successfully negotiated a settlement in a restrictive covenant case that not only addressed the dispute at hand, but worked creatively with the client and the opposition to craft an agreement that prevented future disputes between competitors in a very small niche market. Josh has also either won summary judgment or other pre-trial dismissal on behalf of his clients in over 50 employment litigation matters. Josh also represents and assists employers across the country in traditional labor matters including union avoidance campaigns, unfair labor practice charges, grievances and arbitrations, representation cases, and collective bargaining negotiations. Josh has successfully defended employers against unfair labor practice charges alleging retaliation following an unsuccessful union organizing drive and charges filed during ongoing labor disputes, including strikes and lockouts. In addition to rigorously defending charges for union employers, Josh's experience includes cases involving allegations that employees were retaliated against for engaging in concerted protected activity, arising out of non-union workplaces. For example, Josh successfully avoided reinstatement of an employee who was allegedly discharged for leading an unauthorized walk out in a non-union facility. Josh works with a variety of national and local clients including employers in agriculture, manufacturing, construction, hospitality, and retail. He is the former Chair of the Labor and Employment Law Section of the Georgia State Bar and is active in several business groups. Josh has been selected to the Best Lawyers in America since 2017, and was recognized as a Georgia Super Lawyer since 2015 and Georgia Super Lawyer – Rising Star from 2006 through 2014. Professional Activities Community Activities