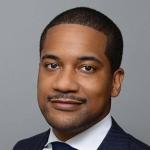 Marcel S. Pratt is the Managing Partner of the firm's Philadelphia office. His practice focuses on commercial litigation, antitrust and competition law, product liability, class actions, investigations, and government relations. He also leads the firm's Crisis Management Team. Marcel previously served as the City Solicitor of Philadelphia, the City's highest-ranking lawyer and leader of its 330-member Law Department, which represented the City in all litigation, transactional, regulatory, and legislative matters. In that role, Marcel personally represented the City in highly publicized appellate and trial court matters and acted as general counsel to the Mayor, City Council, and all City departments, boards, and commissions. Marcel is a litigator who represents clients in high-stakes matters and investigations. He has successfully represented clients in matters involving multibillion-dollar antitrust claims and has counseled clients on antitrust compliance and the implications of mergers and acquisitions. He has also represented clients in a range of breach-of-contract, product liability, and class action litigation. He has advised clients responding to criminal and regulatory investigations by federal and state authorities and has conducted highly sensitive internal investigations for private and governmental entities. He regularly advises clients on government relations, public policy strategies, and crisis management. As City Solicitor, Marcel argued high-profile cases in federal and state courts with national and regional implications, including First Amendment challenges to commercial-speech regulations before the Third Circuit and serving as trial counsel in the City's successful "sanctuary cities" litigation. His tenure also included: defending the Philadelphia Beverage Tax in the Pennsylvania Supreme Court; defending the City's contractual antidiscrimination provisions in the U.S. Supreme Court; and defeating challenges to the integrity of the local election process during the 2020 Presidential Election. He recovered millions of dollars for the City by expanding its affirmative litigation practice and filing antitrust, fair housing, and public nuisance litigation. He also represented the City in white-collar and regulatory investigations. Marcel served as the Philadelphia's top legal advisor in 2020 during the COVID-19 pandemic and advised the City on its crisis management and response strategies. He devised the novel legal framework for the city's COVID-19 mitigation measures and approved the legality of every emergency order issued by the Mayor and Health Commissioner. Marcel has ample experience serving on boards of directors. He was a trustee and counsel for the Philadelphia Board of Pensions and Retirement, a nine-member board that managed over $5 billion in assets. He also has served on the boards of several nonprofit organizations. In 2018, Marcel became the youngest person in Philadelphia's history to be appointed and confirmed as City Solicitor.