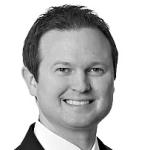 Dallas, Texas
Rex is a trial lawyer who focuses his practice on patent litigation and other intellectual property matters. Although his patent litigation practice is nationwide, he has extensive experience specifically in the patent-heavy districts, including the Eastern and Western Districts of Texas. He also works on commercial matters, often involving technology companies or complex technology, and his background in engineering enables him to deeply understand the clients' technology and business to better achieve their goals. Rex's work has garnered him honors by his peers, including being named one of the Top 100 Up-and-Coming Attorneys in Texas by Super Lawyers in 2021. Rex's intellectual property practice primarily consists of complex patent and trade secret litigation. Rex has handled, or been on teams litigating, bet-the-company patent and trade-secret matters, including taking them to trial, and winning. Outside of litigation, Rex advises his clients on technology licensing issues and policies relating to intellectual property. Rex's patent litigation practice has a heavy emphasis on cases in the Eastern and Western Districts of Texas. In fact, he began his legal career as a law clerk for the Honorable T. John Ward in the Eastern District of Texas, where he gained significant experience in federal trial practice and patent litigation, given the district's hot patent trial docket. As the patent docket has grown in the Western District of Texas, Rex has increased his focus in that district and is a contributor to the Winston & Strawn blog WacoWatch, which tracks and analyzes issues coming out of the Western District of Texas in Waco. Rex has significant trial experience that exceeds most of his peers. He has tried more than 12 cases or arbitrations as first chair or an otherwise stand-up role, and he has experience in all phases of trial, including voir dire, opening, closing, direct examination, and cross-examination of witnesses. In addition to his civil trial work, Rex spent three months on loan as an assistant district attorney in Dallas County, where he tried numerous criminal jury trials to verdict and obtained a guilty verdict in every one. Rex's commercial litigation practice has included a wide variety of litigation matters, including breach of contract, business torts, consumer class actions, whistleblower or False Claims Act litigation, employment, fraud, suits against the government or government officials, and other related disputes. Given his background in engineering, the work Rex does for his commercial clients often involves technology issues. Many of Rex's commercial clients are also highly regulated companies — such as banks, direct sales, or multi-level marketing companies — where Rex dives into the regulatory framework and counsels them in litigation or policy-related matters.