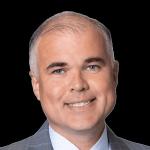 San Diego, California
John-Paul Fryckman is an associate in the Southern California office of Fish & Richardson P.C. His practice focuses on patent litigation and patent prosecution. Mr. Fryckman has handled matters in the U.S. International Trade Commission (ITC) and in a variety of U.S. district courts across the country, including the District of Delaware, Eastern District of Texas, Northern District of California, and Southern District of California. He also works on pre-suit due diligence, post-grant, licensing, and patent opinions. Mr. Fryckman has extensive technical expertise in digital communications, computer architecture, multimedia encoding and decoding, computer graphics, cryptography, scientific modeling, software development, and embedded systems. Further, he is well versed in numerous aspects of wireless technology, including physical and logical layers, network architectures, and communication protocols in general. He has experience with various wireless standards such as LTE, CDMA, WCDMA, IEEE 802.11, and Bluetooth. Before Fish, Mr. Fryckman was a senior engineer at Qualcomm (2003-2007), where he designed and developed wireless encrypted VoIP communication systems, mobile base station systems, and mobile phone firmware. He has hands-on experience with integrating wireless system components and working in the field and in the lab. He also was a network software developer for VxWorks at Wind River Systems (2000-2001). He earned a B.S. in physics and M.S. in computer science from University of California, San Diego. During his undergraduate training, he held various technical and software development positions for the University of California, San Diego (1998-2000), and the San Diego Supercomputer Center (1996-2000). During graduate school, Mr. Fryckman worked at the University of California, San Diego as a research/teaching assistant, where he wrote and a won a USENIX grant to research distributed denial of service defenses.