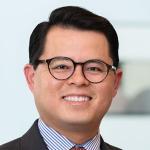 Bao Nguyen is a highly experienced financial services attorney who advises on a broad range of bank regulatory, fintech and cryptocurrency-related matters, including mergers and acquisitions, minority investments, strategic initiatives, banking charters, anti-money laundering, sanctions, and other compliance matters and enforcement issues. Mr. Nguyen’s clients include global and regional financial institutions, fintech companies and private equity firms. Mr. Nguyen uses his extensive regulatory experience and perspectives to advise clients on a range of strategic matters critical to their success. Prior to joining Skadden, he held senior positions with the Office of the Comptroller of the Currency (OCC), including as acting chief counsel and, most recently, as principal deputy chief counsel. During his time at the OCC, Mr. Nguyen oversaw significant policy decisions, rulemaking, transaction reviews and enforcement matters. He served as a key policy adviser to three OCC comptrollers and led a number of significant federal regulatory and supervisory initiatives related to consumer finance, community reinvestment, enforcement, fintech and cryptocurrency. He simultaneously served as acting chief of staff and senior adviser for the Federal Housing Finance Agency. Mr. Nguyen previously was senior counsel at the Board of Governors of the Federal Reserve System, where he led the review of many of the most significant banking mergers and acquisitions following the financial crisis, and helped develop and implement the Dodd-Frank Act. Earlier in his career, he served as a banking fellow in the U.S. Senate, negotiating key reforms to the U.S. regulatory framework as part of the Dodd-Frank Act. Mr. Nguyen has been named one of Lawdragon’s 500 Leading Dealmakers in America.

Office of the Comptroller of the Currency